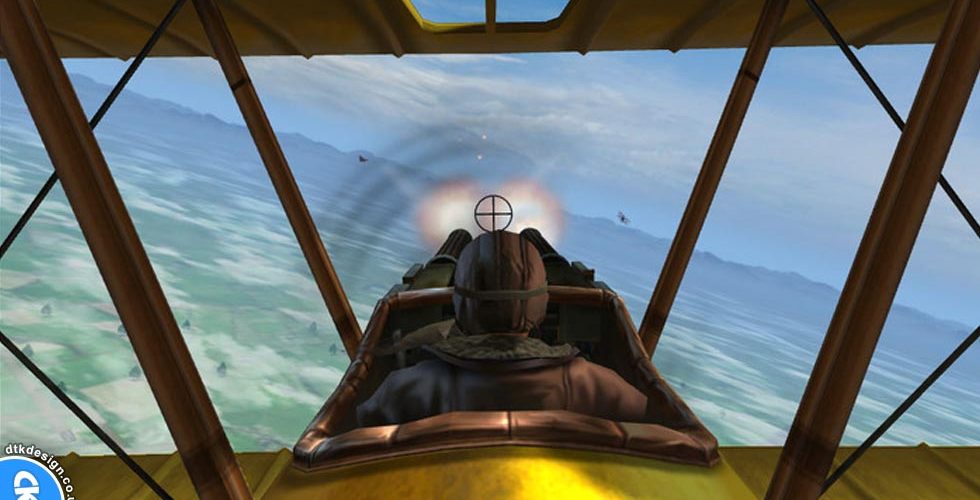 One of my favourite games of all time is Wings by Cinemaware on the Commodore Amiga. I have fond memories as a 15 year old teenager, locked away in my bedroom playing this game for hours.

Eventually, after what felt like an eternity, I beat the Hun and helped win the war for the Allies. I’ve never forgotten that day because something was different, something felt different. I’d never felt this way about completing a computer game before, Wings was different …

By the time I was 15 I had played a lot of games on a lot of different platforms. It all started with Pong then went something like the ZX81, Acorn Electron, Dragon 32, Commodore 64, Commodore 128 and Amiga. I am in no way claiming I am a force to be reckoned with when it comes to gaming (I’m not), I am merely pointing out that I was no stranger to either computers or gaming at this point. I had played a lot of games and I had beaten some of them.

For those who do not know, in Wings you play a daring WWI Allied fighter pilot, fighting the Hun in a series of 3D dog-fighting missions, top down bombing missions and diagonally-scrolling strafing missions. The aim of these missions is to beat the enemy to help the Allies win the war.

At the start of the game, after you have passed flight training, you are placed in a squadron along side other pilots like yourself. Your names are displayed on the squadron roster board with your rank, how many missions you have flown and how many kills you have amassed throughout the game. At the end of every mission, you are presented with a casualties and arrivals board which lists the names of all the pilots who were either wounded or killed on that day and the names of new pilots who would be taking the place of the fallen in the squadron.

As you progress through the game, complete more missions, gain more kills and move up the ranks, you start to become familiar with the names that you see listed on the squadron roster board. You soon get to the point where you start to look out for ‘friends’ to see if they made it through that day’s combat and arrived back in one piece.

This is what happened to me. When I first joined the squadron and viewed the squadron roster for the first time, there was one pilots name that instantly caught my eye. Not for any particular reason, I just remember seeing it right from day one. As I progressed through the game, I soon started keeping a eye out for this guy as his piloting skills were roughly the same as mine. We had flown a similar amount of missions and gained a similar amount of kills. His name was never too far away from mine on the squadron roster.

On the second last mission before completing the game, and thus, winning the war, he was killed in action. I was devastated. I could not believe we had made it this far through the game (and war), only for him to be killed two days before the end. This was the first time a computer game on any platform had ever effected me emotionally. Obviously, I wasn’t crying my eyes out but there was a feeling of loss. A feeling of losing someone you felt close too. I’ve never forgotten his name … Waldo P. Barnstormer.

One thing that always slightly let Wings down for me was the scenery in the dogfighting missions. This is in no way me criticizing Cinemaware for not putting the effort into these missions, this was simply a limitation of the hardware at the time. I always imagined that if this scenery was more realistic, this game would be epic. Well, thanks to the global crowdfunding platform, Kickstarter, that dream is about to become a reality.

On December 10, 2013, Wings: Remastered Edition was successfully funded. Naturally, I backed this campaign straight away (as I did the previous year when funding was unsuccessful). I honestly can not wait to play this game again, especially having been fortunate enough (due to being a kickstarter backer) to test the beta build of the game and .. it .. is .. stunning.

I’ve only played a handful of the missions in the beta build just to see how the game looks and plays, enough to offer Cinemaware some feedback. I am reluctant to get too involved as I want to hold out until the official release of the game before getting truly stuck in. I am very interested to see if it will take me on the same emotional journey as it did when I was a teenager.

For me, this game is now complete. This is the game I always wanted it to be when I first played it as a teenager. I look forward to meeting my new comrades as I join the 56th for the first time (again).

Naturally, there is only one name I will be looking out for … Waldo.