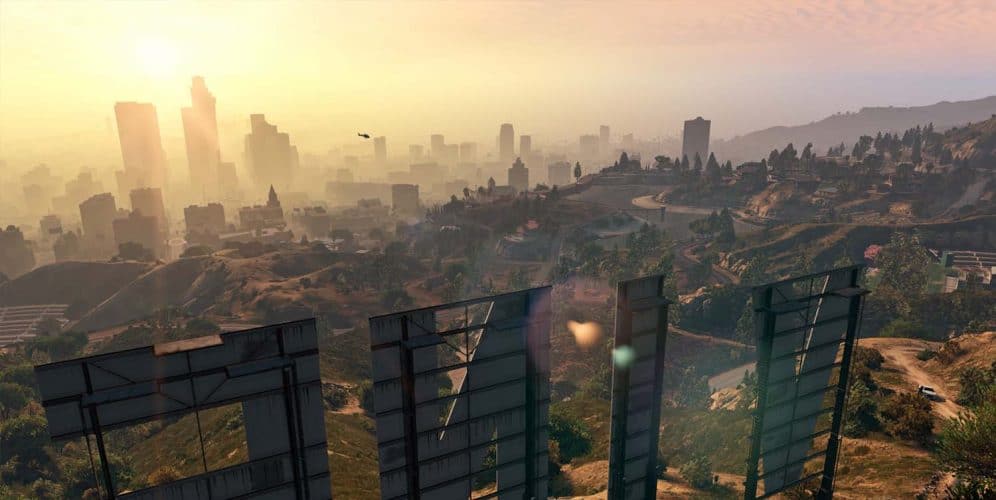 A couple of months ago, I started playing Rockstar’s latest release in the GTA series, Grand Theft Auto V on the PlayStation 3. Why the PS3 you ask? Well simply because my brother passed me this game and told me to play it, and it happens to be the PS3 version. You can’t argue with free, right?

GTA V, according to literally every gamer and game reviewer on the internet is a must-have game, an absolute masterpiece, so I was eager to start playing to say the least.

When I first started playing GTA IV, I literally knew after the third mission that I was absolutely going to love this game … and I did. So much so, I played the entire game through more than once, a first for me with any GTA game.

This wasn’t because I never enjoyed playing the other previous games, this was because the games are that big, that you have to invest an enormous amount of time into them, so going back to replay them isn’t always an option (hence the reason I’ve only just now got round to playing GTA V now. Time is a precious commodity these days).

The first time I played GTA IV, I played it with my jaw on the floor. The attention to detail was impressive … really impressive. It reminded me so much of being in New York City, it was unreal.

I actually started to think I was living a double life, things became blurred. By day, I would go to work and everything was normal, but on a night, I was living in Liberty City, stealing cars, robbing banks, killing people or going bowling with Jacob and Brucie. I was 100% immersed in this game, and I was loving it.

I even went on to play The Liberty City Stories: The Lost and the Damned and The Ballad of Gay Tony. Both equally enjoyable as the original game, especially TBoGT. For me, Rockstar had absolutely nailed it with GTA IV.

The story was strong, the missions were enjoyable, although somewhat frustrating at times and the characters were great and highly entertaining (how Brucie Kibbutz never got his own game, I will never know).

I knew GTA IV was going to take some beating but after reading all the positive reviews about GTA V, I was optimistic.

I finally found some time to start playing GTA V, so I inserted the game into my PS3 and began the installation process. Once complete, I launched the game, only to find it would not load. It kept freezing on the Rockstar screen, a known bug apparently, so you have to use the workaround in order to get the game to load (not the best of starts).

After the workaround had ‘worked’ it’s magic, the game did load and I could instantly see the game was stunning, once again the attention to detail was mind-blowing. Something I have almost come to expect from Rockstar titles.

Once in the game, I could see that there is a lot of similar features in GTA V that were in previous GTA titles such as walking to the wardrobe to change your outfit, using the bed to save your progress, getting haircuts, tattoos, building your strength, stamina and other skills like shooting, driving and flying.

Using the mobile phone to call contacts, read messages and emails, surf the web. All pretty standard GTA stuff. But there is a new feature in GTA V, the ability to switch between three different characters in the game.

Get Rich or Die Tryin’

This is where the game instantly falls down for me, I am not a fan of the character switching … at all. In all the previous GTA titles that I have played, you start with nothing, and you build up your fortune as you progress through the game. You amass wealth, get more cars and guns, own helicopters, planes, purchase bigger property.

You make a better life for yourself. Granted, you do it by killing and stealing but by the end of the game, you feel a sense of achievement, you feel like you have accomplished something, you came from nothing, and now you have all this wealth and success.

So from Michael’s perspective, by the end of the game I will have either lost everything (feels like losing) or I will have managed to keep everything I already had at the start of the game (no further forward). Where’s the sense of achievement in that?

On the other hand, I may be wrong on both accounts regarding Michael’s future and I should just shut up and continue playing the game to find out, but there lies another problem.

I just can not get into this game like I did with GTA IV, or other GTA titles for that matter. The spark is just not there. I’m not as connected to the characters as I have been with earlier GTA games and I blame this on the character switching.

From what I have played so far, I’m just not that impressed. Yes, the game looks stunning, but great graphics does not make a great game. I just do not feel the same about this game as I did about the other GTA titles. Nothing in the game is captivating me, capturing my attention, keeping me entertained. Nothing is making me want to play this game. Believe me, no one is more disappointed about this than me … No one.

At this point, I have actually stopped playing the game. It’s just not working out for me. I am hoping I maybe tried to play the game at a bad time. Maybe I wasn’t in the right frame of mind. Maybe if I leave it alone for a couple of months and then start again, I will see things differently.

As for the iFruit app … Don’t get me started.

After what has felt like an eternity, I did go back to playing this game again. I can honestly say, this was my least favourite Grand Theft Auto game to date. As I have mentioned above, the character switching ruined this game for me. Two of the three characters I could have done without.

I thought Michael’s character was boring and lacklustre and Trevor was obnoxious, unfunny and extremely irritating. I hated playing as this character the most.

Pretty much most of the entire main story missions were awful. The switching between characters during missions was a jarring experience and ruined the games flow. The only time I remotely started to experience pangs of enjoyment from playing this game was when I had completed all the main story missions and killed Trevor at the end (this was a no-brainer for me, I hated the guy).

I’m currently sitting at 100% game completion and unlike the previous GTA titles, I have absolutely no desire to ever play this game again.

If this is the future of GTA games, it looks like I may have just played my last GTA title …