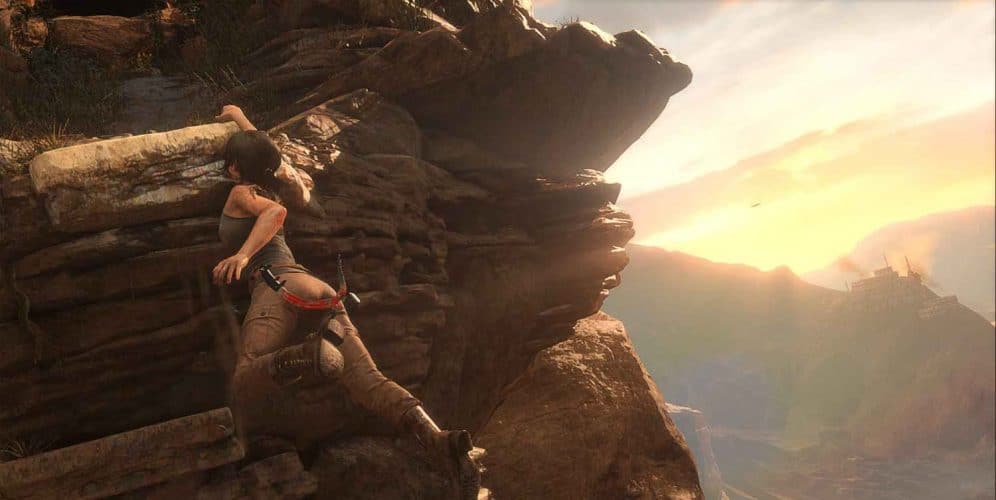 When Rise of the Tomb Raider release date was first announced as a timed exclusive for Xbox platforms, a lot of fans of the franchise were not happy, (and rightly so). Thousands of people took to the Internet to vent their anger over this decision on social media, blogs and gaming forums.

I’ve never really understood why this needed to happen. I was always under the impression that Tomb Raider games sold by the millions, so I was surprised to see they had entered into a deal with Microsoft for exclusivity rights. Which, personally, I think harms the gaming industry.

You are basically blocking access to your game on release day and alienating a select group of gamers because of what gaming console or system they own. Not cool.

My Tomb Raider career started way back in 1996 with the release of the first ever Tomb Raider by Core Design and Eidos Interactive on the original PlayStation. This was groundbreaking stuff. I don’t think I had ever played a computer game before with a female lead character, especially a female lead character that looked like Lara Croft. Normally, the female character in any game is the one you are trying to save.

If I’m remembering correctly, I played Tomb Raider, Tomb Raider II and Tomb Raider III before I lost interest in the franchise. The games, for me, were starting to feel like too much of the same thing. It felt like each game just wasn’t as good as the last, and gaming review scores seemed to reflect the way I was feeling with Tomb Raider III scoring nearly twenty points less than that of the original release.

I could clearly see that both Tomb Raider, as a franchise, and Lara Croft had come a long way since my last outing on Tomb Raider III.

There was a familiar kind of feel to the game, like riding a bike, it’s something you never really forget, but I could clearly see things had changed, and for the better.

The game graphics and gameplay were more advanced (obviously) and Lara was somewhat more human looking, not as blocky or right-angled as I remember. She had developed a more voluptuous figure.

I had no issues with the way Tomb Raider: Underworld played or looked, I thought it was a great game and I enjoyed playing it. It was a welcome reintroduction to the franchise. After this, my next Tomb Raider adventure was when the reboot of Tomb Raider was released.

I never went out my way to play this game, but I had several friends who recommended that I should, so I did, and I absolutely loved it.

This, for me, was by far the best Tomb Raider game to date. The visuals were stunning, as were the cut scenes. The characters looked amazing and the story telling and playability was on point. For me, the Tomb Raider franchise would never be the same again, this was a whole new level of greatness.

What Goes Up Must Come Down

So when Rise of the Tomb Raider was announced, I was all over it. I could not wait to get my hands on this game after the great experience I had playing the previous release. I purchased my copy and off I went into the Syberian Wilderness.

The first thing that I noticed after playing the game for a good three or four hours was that certain levels, or certain elements of the story seemed to have a similar kind of feel to them, almost as if I was experiencing something that I had experienced before.

At the start of Tomb Raider, there is an incident where the ship sinks and Lara is separated from the rest of the crew. She finds a camp, lights a fire, then goes hunting for food.

In Rise of the Tomb Raider, there is an incident at the start of the game where there is an avalanche and Lara is separated from Jonah. She has to find a camp, light a fire and scavenge for food.

In the Base Approach level of Tomb Raider there is a section where Lara has to walk up some stairs which go round to the left, she then walks through a corridor where there are some bad guys. At the end of the corridor there is a platform on the right where she jumps over to another level. From here, she then climbs up, follows the gantry round to the left and finally slides down the zip line.

The similarities don’t end there either. In the Chasm Monastery level in Tomb Raider, there is a puzzle where you have to use the wind to help destroy the bell tower, causing the bell to fall through the floor allowing Lara to make her escape.

In the Soviet Installation level in Rise of the Tomb Raider, there is a puzzle where you have to use the wind to help destroy the ice which is stopping you from opening the door of which you make your escape. These are just some of the things that stick out in my mind while I was playing through Rise of the Tomb Raider. There could even be more similarities.

The graphics don’t seem to be as polished as they were in the last game either, at least that’s what it felt like. There were several points throughout the game where noticeable glitches would occur, such as a table would disappear when the camera was positioned at a certain angle but the items on top of the table were left floating in empty space.

In the Cistern level, I got stuck underwater and eventually drowned, except I wasn’t stuck. Lara just would not rise to the surface. She was literally stuck under the surface of the water.

I can’t help but feel that these little bugs and glitches are part of the game because a completely unrealistic deadline was placed on the development team. A deadline which possibly coincided with the release date of the Xbox One (seeing that there was an exclusive rights deal in place). Obviously, I have no way to prove this, that’s just how I feel.

I found obtaining the Quick and Painless achievement to be glitchy also, in the fact that it would not unlock for me, at all.

Which brings me on to another problem with this game. There are thirty-seven utterly pointless challenge achievements for completing utterly pointless challenges. I’d rather the main story had more content (or some of the bugs were fixed) rather than wasting valuable disc space and developer time, creating this mind-numbing, repetitive nonsense. Who plays this crap … And why?

I’m not in any way saying that you should avoid playing this game because you shouldn’t. Rise of the Tomb Raider is a totally playable and enjoyable game, and worth playing.

I have no doubt in my mind that if you have never played the Tomb Raider reboot, you will come away with the impression that Rise of the Tomb Raider is an absolutely epic adventure game. But for me, having played the previous release, this game should have been just as good, if not better than Tomb Raider (the reboot) …