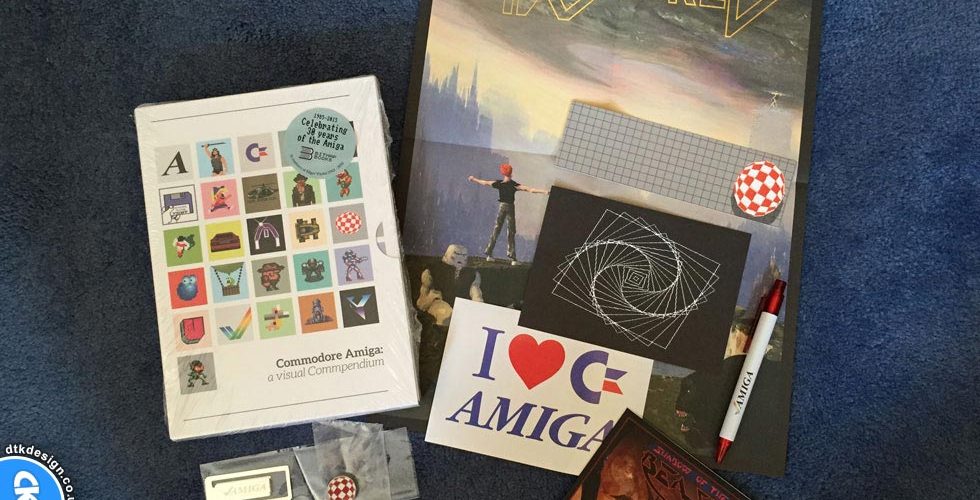 About a week ago, I received my copy of Commodore Amiga: A visual Commpendium by Bitmap Books.

This is the second book to be released by Sam Dyer, the first of course being Commodore 64: A visual Commpendium. Like the C64 book, this book also celebrates the visual side of the Commodore Amiga, from the in-game pixel art, to the game maps and box artwork.

Each page focuses on a different game along with short reviews, developer quotes, or behind-the-scenes trivia. Several industry legends have contributed to the book including Paul Cuisset (Flashback), Ron Gilbert (Monkey Island), Dino Dini (Kick Off), Martin Edmondson (Shadow of the Beast), Dan Malone (The Chaos Engine), Jim Sachs (Defender of The Crown) and Gary Penn (The One Magazine).

The Amiga book has a lot more content than the C64 book, 332 pages in total. The extra content includes six developer profiles focusing on legendary companies such as System 3, Cinemaware and Sensible Software, documenting the origins, successes, and legacies of some of the best-loved creators of Amiga games.

There is also a section dedicated to the demo scene which celebrates the best of the best in Amiga demos. This section is put together in collaboration with ex demo scener Matt Wilsher and includes contributions from Echo (LSD), Reward and Photon (Scoopex), Baudsurfer (Red Sector Inc.), Wade (Alcatraz) as well as others.

I absolutely love this book, it is basically my teenage years in paperback form. I have so many great memories of the Amiga, no more was the computer just a machine I could play games on. The Amiga taught me how to create pixel art and create music. How to create a self booting disk and display a image on the screen that I had created. It was and still is a absolute epic machine which I use and play games on to this day.

If you ever owned an Amiga as a child then you need to pick up a copy of this book, no question.