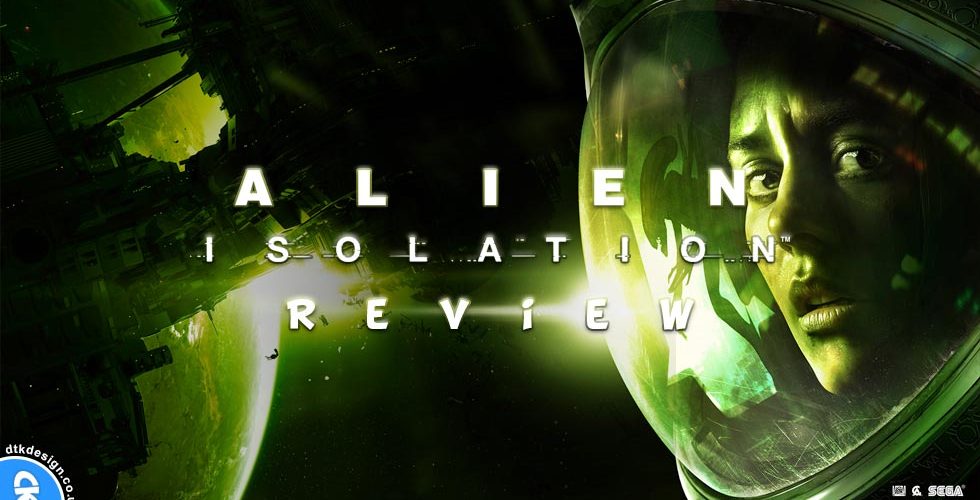 Having just completed Alien Isolation on the Playstation 4, I thought I would write a review on my gameplay experience as I have noticed a lot of people online have divided opinions towards this game.

Alien Isolation is a action-adventure survival horror story which is based 15 years after the original Alien film. You play the character of Amanda Ripley (the daughter of Ellen Ripley) who is investigating the disappearance of her mother.

The story begins with news of the discovery of the flight recorder from the Nostromo spacecraft which has been located by a ship named the Anesidora and is being held aboard Sevastopol, a remote space station in orbit around the gas giant KG348. Amanda is offered a place on this mission to recover the Nostromo flight recorder in the hope she can have closure regarding the fate of her missing mother.

Ripley and other crew members travel to Sevastopol on board the courier ship Torrens, owned by captain Diane Verlaine. Upon arriving at Sevastopol, they find the station damaged and its communications offline. Ripley, Samuels, and Taylor attempt to spacewalk over to the station to investigate, but their EVA line is severed by debris, and Ripley is separated from them and forced to enter the station on her own.

You begin the game by entering the Sevastopol space station via an air lock that Ripley is slammed against when the debris cuts the EVA line. The first thing I noticed was that the station’s interior is similar to the original Alien film, a 70’s vision of what the future would look like. I found this appealing, it would have been too easy to create a world full of futuristic robots, gadgets and holographic computer terminals so I was happy to see the game designers stayed true to the original film.

On my initial play through, I creeped through the space station methodically searching for collectables while trying to be as quiet as possible. You can hear noises in the vents as well as other bangs and groans of the space station which keeps you on edge as you never know what dangers await around the next corner. This for me was when the game was at it’s best. I found that the levels where you didn’t actually encounter the Xenomorph but you could hear it moving around in the vents were more scarier than the levels where you actually did. Once you have a idea of where the Alien is, you can take steps to avoid coming into contact with it, whereas when you can not see it, but you can hear it, you know it’s there but you just do not know where.

One thing that really impressed me about this game was the atmosphere it generated. The feeling you got walking around Sevastopol space station. I often used to stop in the stairwell when I could and just stare out of the window into the vast emptiness of space. Lost in thought. Inevitably, I would stand there too long and either be impaled by the Alien from behind or strangled to death by one of the creepy synthetics.

Walking around on the Alien planet was another highlight for me. When I first played through this level, I was so immersed in the game I was genuinely blown away. It felt so real, or as close to real as I am ever likely to get regarding walking on another planet. You get the feeling of walking around on a desolate alien landscape in a big clunky spacesuit, hoping that nothing is going to appear and start attacking you because there is no way you are running away with that space suit on. This was also true for the missions where you changed into the space suit to walk outside the space station for one reason or another. I think the game developers captured the atmosphere perfectly.

A big annoyance I found was if you play the game on the harder game settings. On some of the levels (such as the Medical Facility) the Alien appears too much and too often, the balance is not quite right. Combine this with the fact that the game does not save automatically, but rather, has save points throughout the levels brings a frustrating element to the game. I understand that the harder the game setting, the more challenging the game is going to become. But when the emphasis of the game is on stealth (particularly on the harder game settings) and you are creeping around to avoid being detected, the Alien will still show up where you are regardless. I now have no way of killing the Alien to survive, I also have no way of avoiding it either which fundamentally breaks the game.

This is especially annoying when you have to replay areas you have already been through because the save points are badly positioned throughout the game. This is poor, poor game design in my opinion. This game should have had a better save game mechanism, or save points should have been better placed in the levels to avoid having to replay big chunks of the level every time you are killed by a creature that you have no way of killing yourself.

Another aspect of the game that slightly puzzled me in regards to stealth was the way Amanda Ripley would climb in and out of a locker when hiding from the Alien. The idea would be to enter the locker as quietly as possible to avoid alerting the Alien of your presence, yet Amanda climbs in and out of a locker as quietly as a monkey with a bag full of spanners. Bizarre.

I have also seen people online complaining about loading times between levels. I never once seen this as an issue, I never even thought this as an issue until I read a couple of comments online. I don’t get what people want, or maybe it’s because I’m from a older generation. When I was a kid, loading games was done by tape, I know all about long loading times so if people think that this game takes a long time to load between levels then they should give up gaming altogether because they are never going to be satisfied.

The only criticism I have towards the length of anything in this game was that it dragged on a bit too long. A couple of times on my first play through, I actually thought I had reached the end of the game, only to find that there were more levels to follow. And these subsequent levels didn’t really add much to the story, they almost felt pointless. This was even more apparent on my second play through. There is one level in particular that sticks in my mind, it’s towards the end of the game. There is a generator on one side of the level and a switch on the other. You make your way across the level to the switch only to find that once you flick the switch, it trips the generator so you have to go all the way back across the level just to restart the generator. Once this is done, you have to make your way back to the switch. Pointless.

The Not So Ugly

Is the Alien ugly? Yes. Is the game ugly? Hell no!

You should definitely check out this game if your into action-adventure survival horror. I thoroughly enjoyed playing this game, especially on the first play through when I never knew what to expect. I played it through again on the hard difficulty setting to get the platinum trophy and I still enjoyed it then, although I knew what to expect so I wasn’t on edge as much as the first play through (there was still moments where it caught me off guard and I jumped though).

It’s not the best game I have ever played but it is far from the worst. My only real complaint about this game was the saving mechanism and the behaviour of the Alien at times. I would definitely welcome a sequel although from what I read online in regards to sales figures, apparently the game did not do so well so the chances of another installment looks slim.